Felix Gonzalez-Torres is perhaps the artist who most influences my work (or at least is in the back of my mind) and this image is the first of his I ever came across. 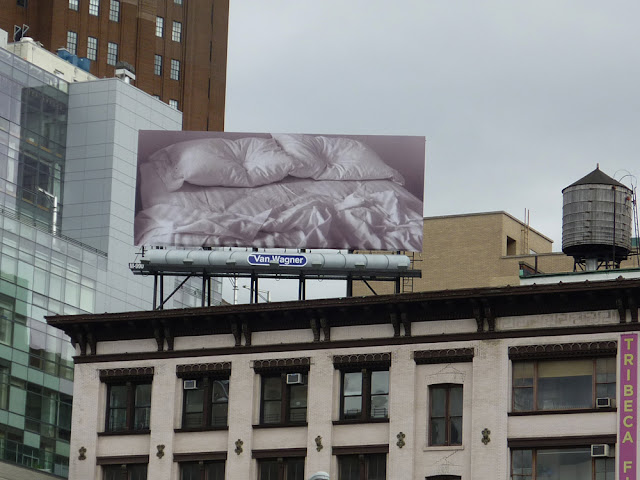 One of his better known photographic images: a rumpled bed with two pillows. The image is relatively boring in a conventional sense especially for one you would expect to see on a billboard, but like most of Felix's work you need to know a little bit about it before you can truly assess it. 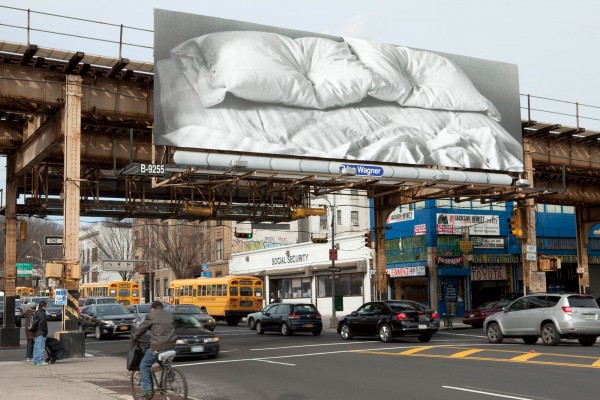 As part of his Billboard project, this image was displayed on several billboards across the city simultaneously (in this case NYC). This was done way back in the Middle Ages when there was no such thing as the internet (or at least it was in its infancy)...and it was also during a time when GLBT lifestyles were relatively invisible (especially to mainstream America).  Yet with this work he delicately touches upon two highly charged issues that will be part of a national discourse for the next twenty-plus years (and still is today).

The first being the distinction between the public vs. the private, something that will become increasingly blurred and obsolete with the ubiquity of the internet. By displaying an image of the bed he shared with his then recently-deceased partner, Ross, via a highly visible and commercial venue, it begins to question the boundaries between the public and the private... and more specifically to FG-T's intent, the role of government and society in our personal lives.

The second issue this work touches upon is the collective idea of a conjugal bed. By displaying what is in all actuality an illicit scene (The U.S. Supreme Court had yet to strike down the laws that made same-sex sexual activity legal in the country and would not do so until 12 years later) the viewer is left to ponder the illegality and harm of such a serene site.

This image is not the graphic representation of a criminalized sexual act but a gentle reminder that an expression of love goes beyond the act of sex and unites us all in its commonality regardless of orientation.

You would be hard pressed to find someone that considers this image perverse and offensive regardless of political or religious leanings, yet this image is evidence of the most intimate and personal site of a relationship (in this case same-sex).

It is a tribute to love and loss while existing as a highly-charged political statement.
Posted by lazaro montano at 1:27 PM No comments: