The trouble with Garry...

During my undergrad studies in photography (as in many photography programs across the nation), many professors site Garry Winogrand's work, and many students aspire to emulate his style...and rightfully so...

But there was always something about Winogrand's work that never quite sat right with me. At times I thought it was part of my passive/aggressive rebellious nature to be the anti-thesis of whatever was being revered at the moment (it makes up my devil's advocacy work) and at times I thought it simply was that street photography was never my comfort nor style and I was being dismissive of it in order to make myself feel better about the fact that I'n not good at it. However it was years later that I started to realize what it was that actually bothered me about Garry Winogrand's work and I am still somewhat surprised to never have come across any critique of it from the standpoint in which I view his images.

I have to emphasize that Garry Winogrand is author to a lot of great images, A LOT! he was very prolific and very proficient, but there is one small component that sticks to me like a thorn on my side and this is especially evident in his portfolio Women Are Beautiful.


The problem is not so much the title of the book which could stand for a sly euphemism considering it was published during the height of the female liberation movement, but the problem is actually the images inside (and other similar ones he took) that underscore the portfolio's sexism.


One well known image from that portfolio is this one…. 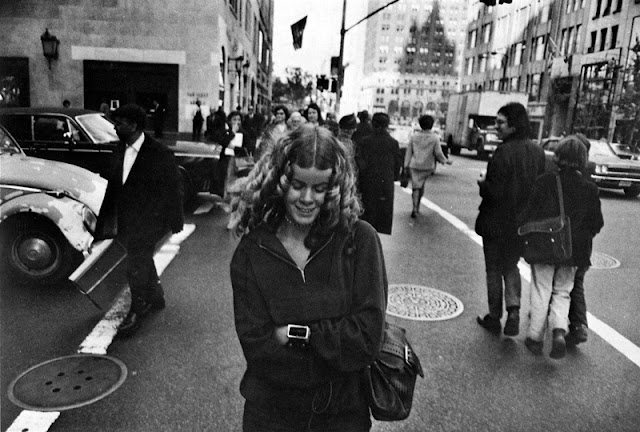 At first it may seem innocent enough, true to the style of ‘street photography’


it has its language of the snapshot aesthetic in place. But like with many photographs, upon a closer inspection one begins to decipher as to how and why it must have been created which at times unravel the persona and personality of the image’s creator.


We see a young woman, crossing a street and walking directly towards us. The image is taken not from a face-to-face level but rather from a higher level looking slightly down at her and establishing a unconscious hierarchy and control over the subject from the photographer/viewer point of view. She appears diminutive because of this and despite her (nervous?) smile, her body language suggests she is not comfortable at being photographed.

It is written that Winogrand was not a shy person to say the least (nor do I think you can be in order to be a successful street photographer) but rather bearish in person and somewhat egotistical in personality. Although the subject is not looking at the camera, we know that given the way this image was taken, she had to be very much aware of the photographer's presence. Yet we must conclude that this image was taken without her permission, if she had agreed to be photographed in this candid form one would guess she would at least look into the lens.


Her averting gaze suggests otherwise. Now if this were the only case, one can overlook this intrusion, but perusing through his book, one encounters this dynamic over and over again.


For example, in the following three images, the subject still had to be aware they were going to be photographed (This was at a time after all, when people actually looked at where they were going and not at their smart phones) considering the photographer would have been directly in front of them with a camera held up to his eye. 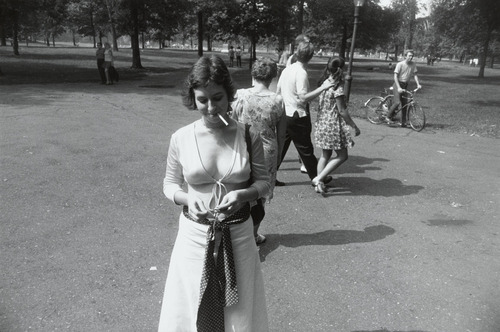 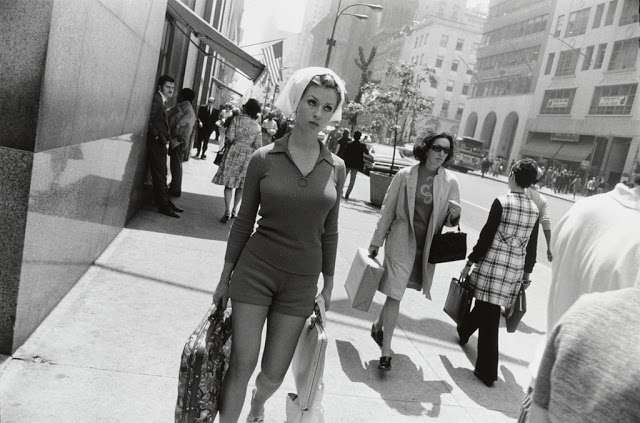 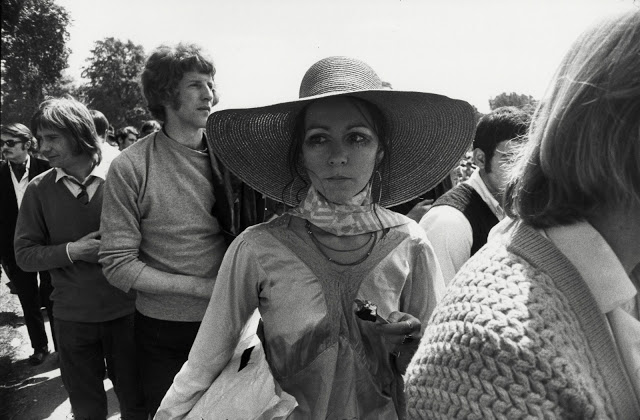 
So then lets asks ourselves, what is his intent with this images under the context of 'women are beautiful'? 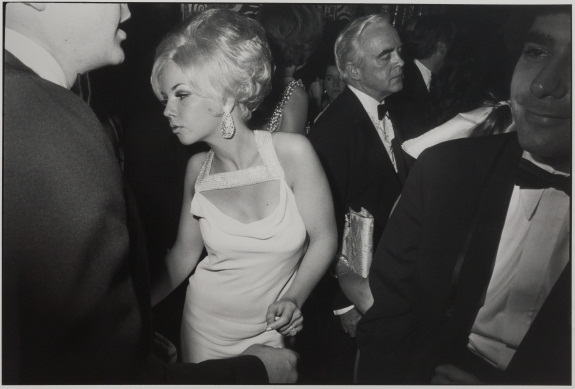 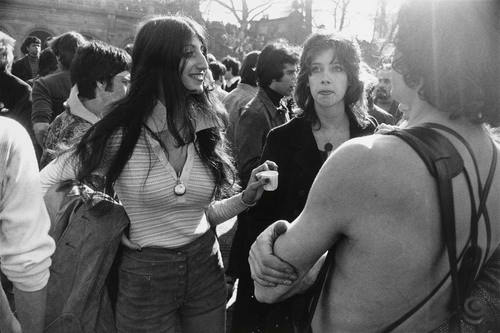 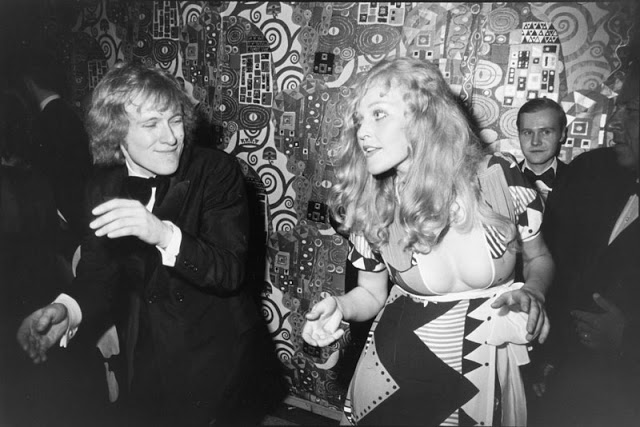 Is it me, or do you also see a reoccurring theme front and center?

Even when the subject shares equal status with a male counterpart (as in the one directly above), the focus of the light does not make the intent ambiguous.

And just in case, we think Winogrand is simply trying to just show women as beautiful and independent creatures, we come across these images.... 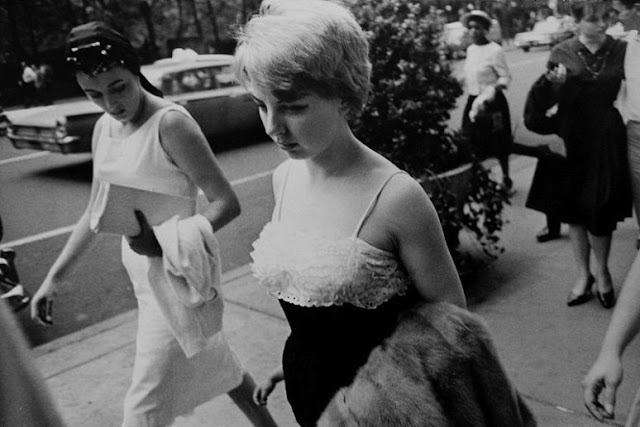 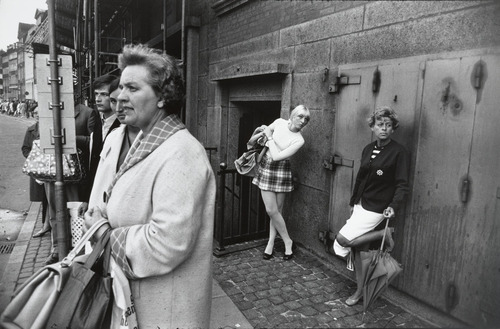 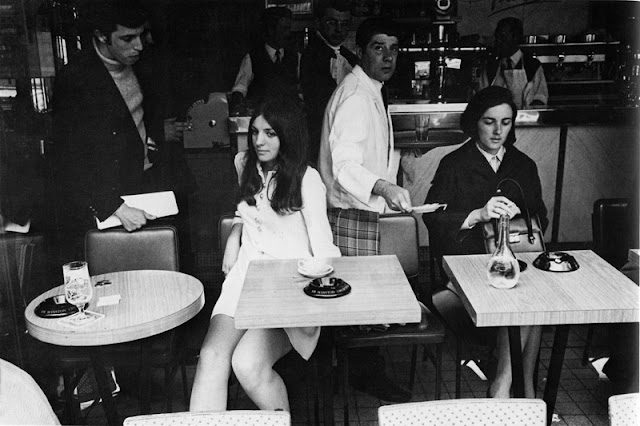 The focus is not apparently on ALL women and their individual beauty but rather on the younger sexualized woman in the group. Winogrand's composition in putting the main subject front and center exposes his intent.


Now, I really do not know what was the critical response to this book when it came out, but I can assure you that no photography program in this country today would allow this work to develop as it did. Not only it is narrow and limited in its subject scope and investigation, it can also be critiqued (in my opinion) as racist and ageist besides blatantly sexist. There is hardly any evidence of the ‘subject’ diverting from being young, white and objectified sexually.

To think that he is known as a "portraying the social issues of his time" seems like an overstatement (or perhaps I am viewing these with contemporary eyes). This is America in the early 1970’s. Where is the evidence of the female empowerment taking place? Can it be simply demonstrated in the women's style of dress? Where is the racial and cultural diversity? You would be hard pressed to find a proportional amount of African-americans or Hispanics in relation to caucasians in the book. In New York City of all places!


I have to wonder if this is just one of the many cases in history in which notoriety trumped reality? Was this accepted because Winogrand had the support of academia? (he was gifted the prestigious Guggenheim several times) and by the time he produced these images he had already established himself. Or is it simply an accepted norm and oversight of the times? Again, it is not to say that he didn’t create images that belong in the canon of photographic history but in my book his name comes with an asterisk.
Posted by lazaro montano at 6:24 PM No comments: